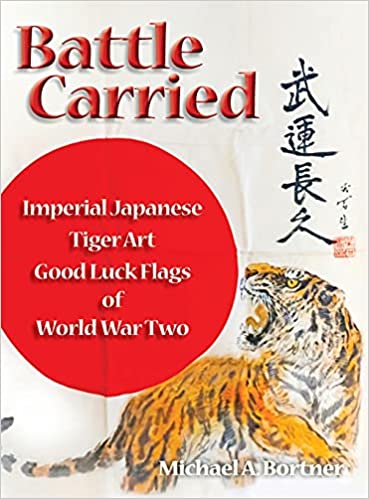 No other animal served to inspire and motivate the Japanese warrior in World War Two more than the magnificent tiger.

“Battle Carried” examines the history, meaning and cultural context of tiger imagery as it applied to the decoration of good luck flags. Through hundreds of extensive color images and detailed close-ups, as well as woodblock prints and rare vintage photographs, this book superbly illustrates some of the rarest and most highly sought after specimens of tiger art flags, many of which are identified to their soldier, sailor and airmen owners.

“Battle Carried” is an invaluable resource for artists and scholars of Japanese culture, as well as for historians and collectors of flags and Japanese wartime memorabilia.