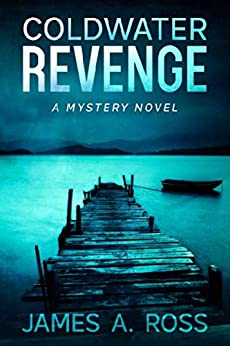 Bad things happen when a bioresearch research company on the verge of bankruptcy agrees to act as a conduit for anonymous shipments of vials, powders and Petri-dishes in exchange for quick cash. Trouble begins when a poxed corpse floats to the top of a nearby lake and an autopsy reveals it to be riddled with deadly toxin.

COLDWATER REVENGE is an atmospheric mystery/thriller that takes place during a ten day period in the Fall of 2002. The setting is a small upstate New York town with a centuries-long tradition of live and let live smuggling across the lake it shares with French Quebec. Murder suspects in a place turned inward by history and geography are of necessity friends, lovers and even family. The brother detectives of COLDWATER REVENGE face difficult moral choices when it appears the killer may be someone close to them. Especially when one begins to suspect the other and the catalyst is an ex-girlfriend they have in common.