Cover-Up!: COLLUSION IN THE HALLS OF ACADEMIA by Helene Z. Hill 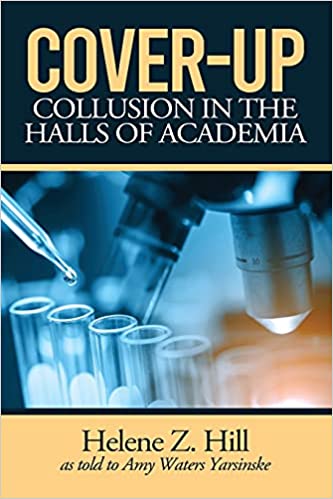 In 1999, Dr. Helene Hill reported her observations and her belief that a young research assistant in the laboratory in which she was working had fabricated results for an experiment that were to be used to support an application for a federal grant from the National Institutes of Health. She reported what she had observed to the supervisor and to the University. As she delved into the laboratory’s operations, she was to uncover additional research falsehoods used to fabricate data supporting millions of dollars granted by the government. Neither the faculty members involved, the Research Integrity Committees of the University, the courts, the government commissions charged with investigating research fraud, or the journals that ultimately would publish research based on fabricated results would listen to her. Her story reveals a shocking massive cover-up that impugns the very fabric of scientific integrity throughout the research community. This book is her story.
Back to Award winners