Nature of the Beast by S.W. Frontz 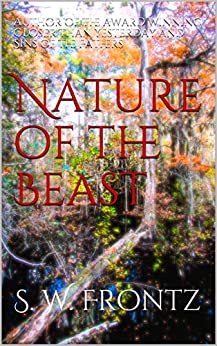 The usually serene island of Land’s End has been in turmoil for the past six months. It started with the deaths of three important people very close to Sam and her family. Secrets were being kept and secrets were being told. Sam’s life and the lives of her family began to change drastically as a result of these secrets. Some changes were good, and some changes were bad. Would life on Land’s End ever be the same?
Back to Award winners