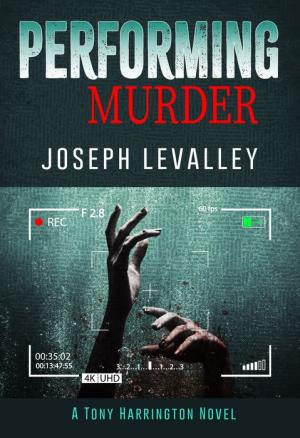 A motion picture company comes to Orney, Iowa to film its latest drama on location. This brings a huge contingent of Hollywood actors and crew members to the rural Iowa community.

Everyone in Orney, including Tony Harrington and his friends and co-workers, are thrilled to have the excitement of a movie production in Orney. Excited, that is, until one of the cast is found dead in the local country club’s swimming pool. For Tony, the situation grows dramatically worse when someone close to him is accused of murder. Tony, of course, is convinced his loved one is innocent. He turns to a familiar cast of friends to help him find, and prove, the truth. One of those friends, elderly attorney Lawrence Pike, makes his first return to a Tony Harrington adventure since the original novel, “Burying the Lede.”

As Tony’s investigation unfolds, he finds himself facing insurmountable evidence that shakes his beliefs and reshapes the very foundations of who he thought he was. He also finds himself in mortal danger, and in a new relationship that gives him his first chance at true love in years.