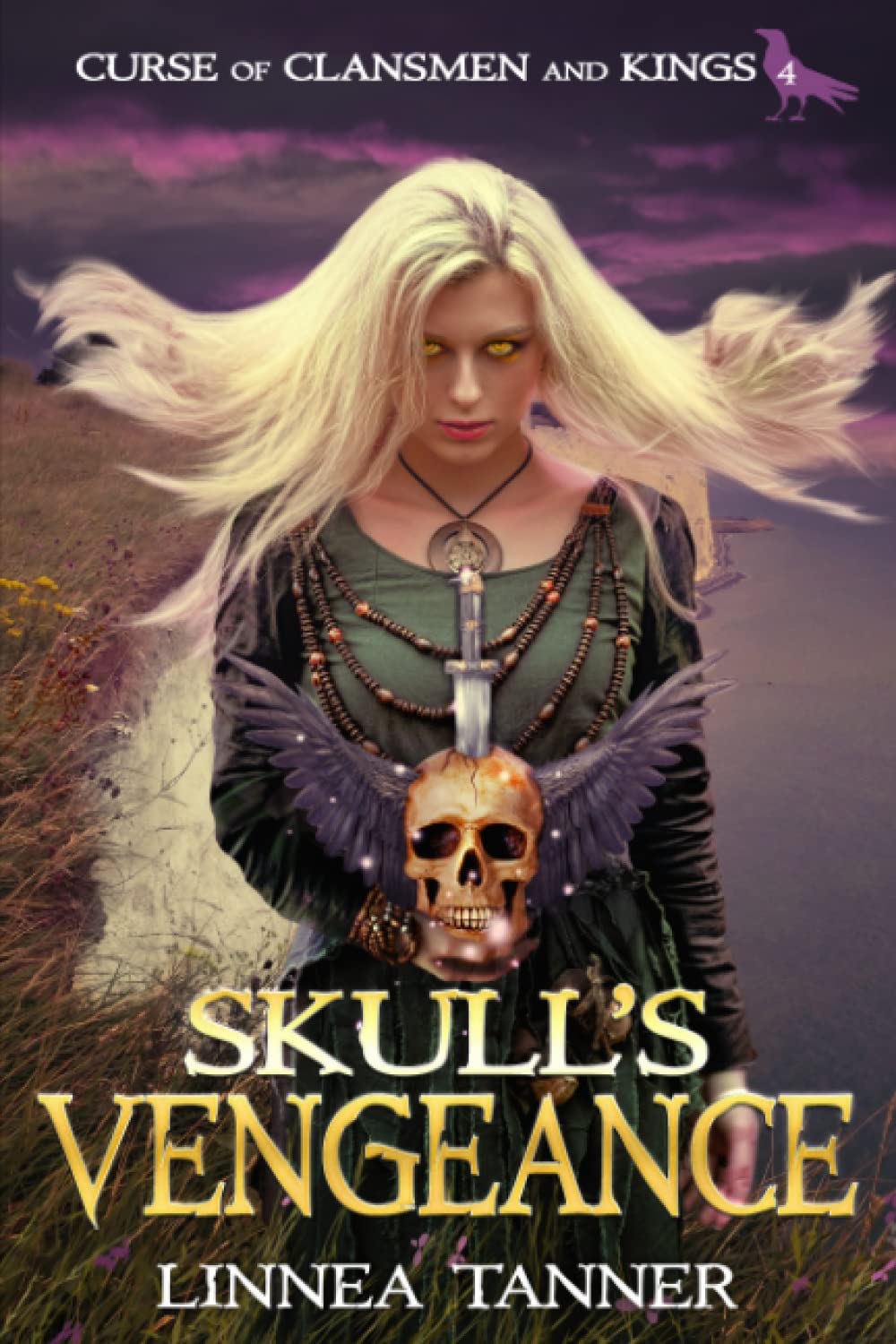 A Celtic warrior queen must do the impossible—defeat her sorcerer half-brother and claim the throne. But to do so, she must learn how to strike vengeance from her father’s skull.

AS FORETOLD BY HER FATHER in a vision, Catrin has become a battle-hardened warrior after her trials in the Roman legion and gladiatorial games. She must return to Britannia and pull the cursed dagger out of the serpent’s stone to fulfill her destiny. Only then can she unleash the vengeance from the ancient druids to destroy her evil half-brother, the powerful sorcerer, King Marrock. Always two steps ahead and seemingly unstoppable, Marrock can summon destructive natural forces to crush any rival trying to stop him and has charged his deadliest assassin to bring back Catrin’s head.

To have the slightest chance of beating Marrock, Catrin must forge alliances with former enemies, but she needs someone she can trust. Her only option is to seek military aid from Marcellus—her secret Roman husband. They rekindle their burning passion, but he is playing a deadly game in the political firestorm of the Julio-Claudian dynasty to support Catrin’s cause.

Ultimately, in order to defeat Marrock, Catrin must align herself with a dark druidess and learn how to summon forces from skulls to exact vengeance. But can she and Marcellus outmaneuver political enemies from Rome and Britannia in their quest to vanquish Marrock?