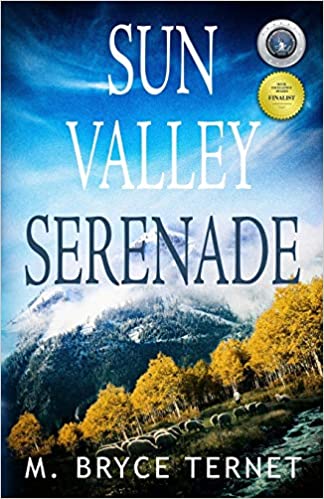 Sun Valley: snowcapped peaks, playground of the rich and famous, and home to the renowned Sun Valley Resort. But the rugged wilderness around the remote Idaho enclave also harbors a suspected ecoterrorist organization, and a mysterious carving in an aspen tree may not only warn of a pending attack but suggest a link to the Basque people, whose roots in the area go back to Idaho’s pre-statehood days.Because of his experience in Basque affairs, retired FBI agent John Gibson is asked to help investigate the possible threat. In Sun Valley, he is aided by local residents Ernie, a writer obsessed with Ernest Hemingway’s ties to the area; and Jonny, a local Basque American. The present-day investigation unfolds against the history of four generations of the Etxepare family, whose first immigrant joined others from the Basque Country in the American West to herd sheep. Past and present are intertwined in the form of arborglyphs, messages that sheepherders left in aspen-tree bark; Hemingway’s connections to the Etxepare family; and the ski resort’s founding as the first of its kind in the country. In this place where big money meets the West’s relaxed vibe, the ecoterrorist organization’s threat is real . . . but is it the one Gibson’s investigating—or something else?

Back to Award Winners