The Runaways of Missing Lake by Tanya Fyfe 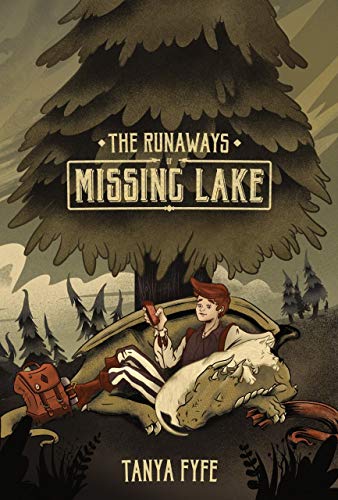 Luke Houser and his friends enter their junior year at Missing Lake High School in rural western Montana under extremely unusual circumstances after a tremendous forest fire kept the community on edge for months. The memory of the fire permeates all aspects of everyone’s lives, including those of the incredible secret dragon family who live up north. Luke makes a new canine friend through his step-mom’s veterinary clinic and Chase plays an important role despite not being one of the family’s beloved sled dogs. The silver dragon, Zagros has some serious news for his young Dragoneer that will impact the entire dragon realm, particularly the young ones, Helios and Cassiel. Luke has to process this information all while a crisis unfolds during one of Ms.Tanner’s Sharing Sessions in English class. Luke and two of his best friends are suddenly involved in the frightening situation and it is one more time that Luke realizes how special it is to attend a smaller high school where just about everyone knows who you are. Luke’s ability to be charming, thoughtful and funny once again endears him to his classmates even though he has to make choices that could jeopardize their meaningful relationships. These choices challenge the sometimes awkward sixteen-year-old but he cannot share them with anyone without risking the discovery of the magnificent dragons. Luke and his friends are very much teenagers and their experiences, frustrations and dialogues are relatable and even touching at times. Luke and his father are still training their Alaskan huskies and the dream to race this coming winter is very real. This is the fourth book in the Missing Lake series that follows a reluctantly intrepid young man’s journey into adulthood with his family, friends, dogs, cats and dragons by his side.Tanya Fyfe has been creating the Missing Lake series for several years after publishing Lost and Found in Missing Lake in 2014. The talented illustrator, Ben Brick came on board for The Dragons of Missing Lake and Secrets Abound in Missing Lake. The series introduces a modern blended family living in rural Montana where they eventually get to meet a dragon family. The fantasy weaves in with the real life fictional story in a very believable way. This is a series of hope, love and friendship while also being a story about caring for others. It is about being more than just yourself, which comes at a crucial time in our planet’s history.
Back to Award winners