The Stallion and His Peculiar Boy by M.J. Evans 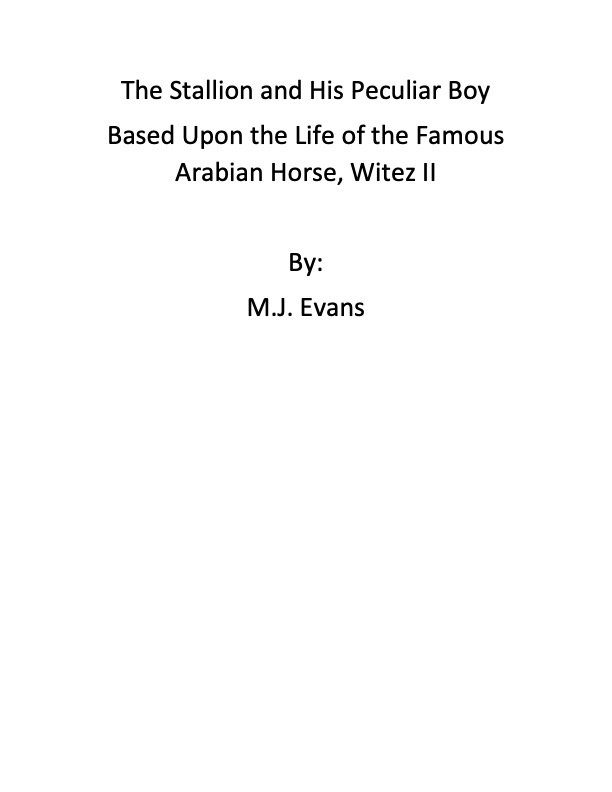 The World is at War. Hitler ordered his army to capture the finest horses from all over Europe and develop a breeding program at a secret farm in Czechoslovakia. From these horses, he wanted Germany to develop the perfect war horse. Included in the horses that were captured was a magnificent Arabian Stallion named Witez II, the pride of Poland. A twelve-year-old boy who suffers from autism at a time when no one understood the disorder, is assigned to be his groom.

Through the healing power of horses, the boy learns to interact with the world around him. He travels with Witez as they escape from Nazi rule and travel to Bavaria and then the United States through the efforts of the U.S. Army.