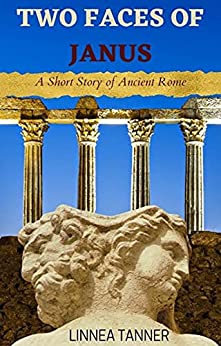 A young nobleman confronts a specter from the past that could threaten his family’s legacy.

A brash young aristocrat, Lucius Antonius anticipates Emperor Augustus Caesar will support his lofty ambitions to serve as a praetor in the Roman justice system in 2 BC Rome. As the son of the distinguished politician and poet, Iullus Antonius, Lucius prays to Janus, the two-faced god of beginnings, to open the door for him to rise politically. But he is unaware of the political firestorm ready to erupt in the imperial family.

Augustus must confront evidence that his daughter, Julia, has behaved scandalously in public and that Iullus is her lover. The prospect that Julia might want to marry Iullus—the only surviving son of Marcus Antonius—threatens to redirect the glory from Augustus to his most hated rival beyond the grave. Caught in the political crossfire, Lucius must demonstrate his loyalty to Augustus by meeting all of his demands or face the destruction of his family’s legacy and possibly his own life. Will Lucius ultimately choose to betray and abandon his disgraced father?