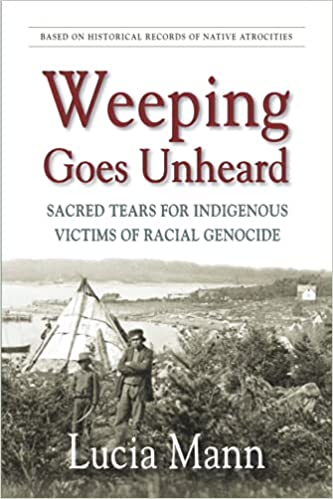 Weeping Goes Unheard educates and highlights those unfamiliar with Canada’s shady history in its treatment of native people. This comprehensive narrative presents their heartbreak and how they endeavored, failed, tried again and again to live together peacefully and equally with the non-Indigenous population. These accounts demonstrate that there can be no peace and harmony unless there’s equal justice for all.

Lucia Mann records the harrowing personal stories of racial genocide on the part of European settlers, which ultimately led to creating the abhorrent “Indian Act”—now 144 years old. This law paved the way for other subsequent immoral treatment of Canada’s indigenous people. Weeping Goes Unheard represents a long overdue look at tragic circumstances that have been existing in the shadows for far too long.