What Would The Founding Fathers Tell Us Today? Political Dialogs Between 1789 and 2040 by Werner Neff 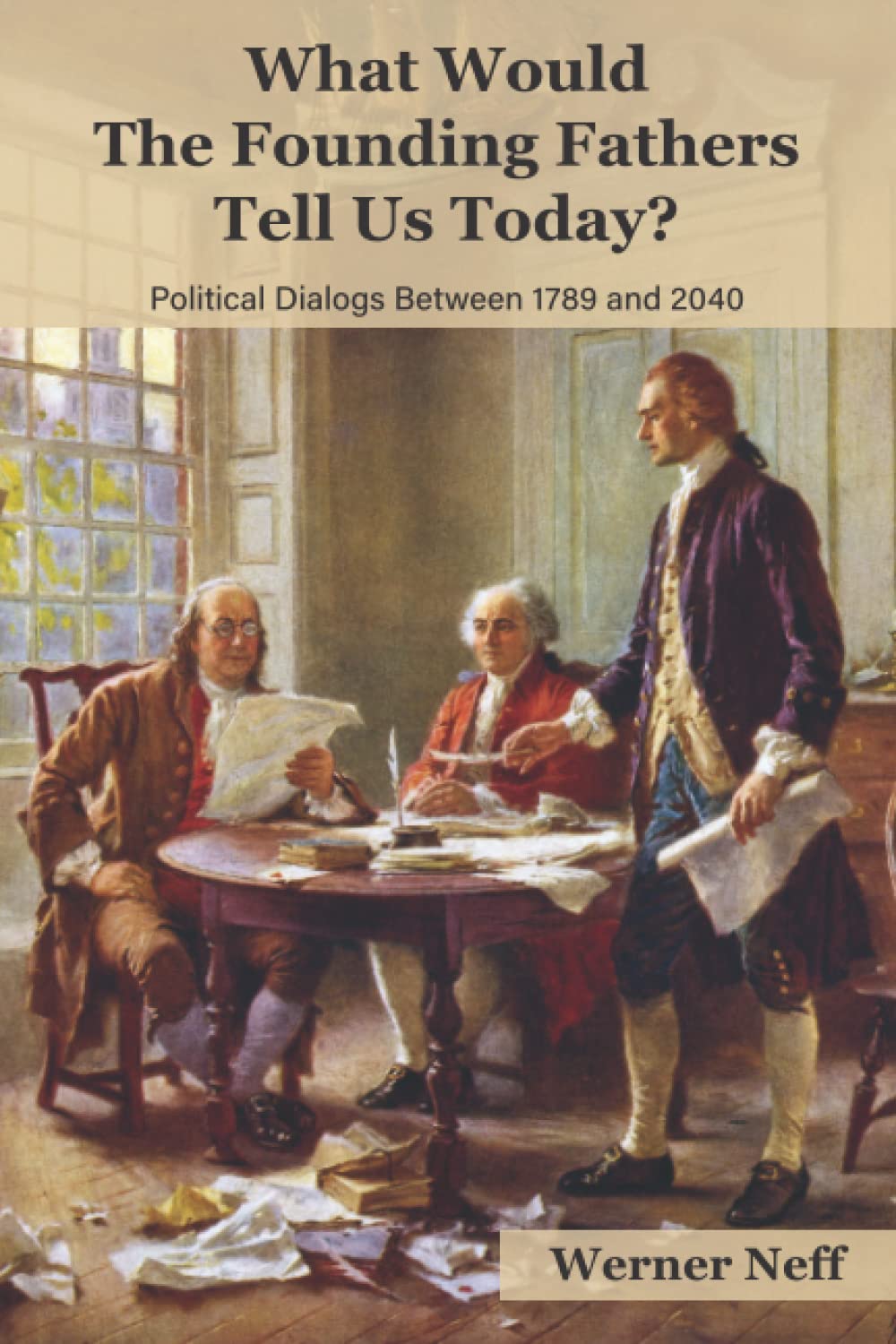 The United States was founded in the late 18th century, as the first republic based on modern democratic rules. The texts of The Constitution and The Bill of Rights dominated the ruling of the country with separation of powers to legislature, executive, and judiciary.
What the Founding Fathers learned from the Greeks and Romans shaped this country. America created the model for modern democracy, which was later copied by countries around the world.
Today, we are struggling to maintain the democracy as it was designed, and we are drifting into an erosion of those principles—thus enabling and tolerating inequality, poverty, helplessness, and mistrust. A distortion of our democracy is the covert voting restrictions and Gerrymandering, calling forth a hidden betrayal of the American people.
In this book, Neff reflects on history, politics, democratic theories, and principles in the form of fictional dialogs allowing the Founding Fathers to express their theories on what truly makes America great, and what will provide the American people today with real freedom and prosperity. The author believes that democratic principles, and ethical and selfless leadership in service of the people are the pillars to justice, equality, and prosperity for all.
Back to Award winners